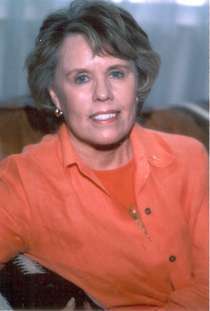 Author Paula Paul
When my character Alexandra Gladstone would have been growing up, too much education for females was frowned upon. It was thought a woman or girl was “unfeminine” if she was overly educated.
While girls from the middle class, as Alexandra would have been, could be educated at home and perhaps later sent away to a finishing school for girls, they were expected to learn music, art, and dancing. They were sometimes offered the opportunity to learn history, literature, geography and languages, but it was thought that too much of that sort of education could even make a young woman ill!
Remember Jane Austen’s character Lady Susan’s comment about her teenage daughter, Fredericka? She said that a young woman’s education beyond finishing school might “gain her applause, but will not add one lover to her list.” Apparently a girl’s purpose in life was nothing more than to gain a husband. Lady Susan adds, “I flatter myself that she (Fredericka) will not remain long enough at school to understand anything thoroughly. I hope to see her the wife of Sir James within a twelvemonth.”
Girls of the servant class like my character Nancy would not have learned to read at all.
Change was afoot in England in the late 1800s, however. That’s the era in which the Gladstone novels are set. Women in Europe and in America were already demanding equal rights. They felt they had a right to vote and to obtain the same education offered to men. There would be a long fight ahead, but they had already forced some reforms Women were allowed to attend universities in England by the late 1870s. America was already experimenting with co-ed education in institutions of higher learning. The idea was suspect, though. It was feared that some women might excel over some of the men. There was also a fear that attending classes with young women might “feminize” young men.
At least the fear of women excelling was well founded!