Tags: writing, widows, brain cancer, Family
I’m back. I’m back with a new identity. I am now a widow. How strange that word looks when I associate it with myself.

My husband’s illness wasn’t a long one, only about six weeks. The first diagnosis, encephalitis, was wrong. It was a brain tumor—a fast growing one called glistoblastoma multiform. Not that it matters. It was a killer whatever you call it.

Yes, I have a supportive family and many supportive friends. I don’t have to worry about finances, thanks to my husband, but I am still reeling, still feeling like a raw wound. I’m told that time will heal that wound. I’ve seen others heal with time. I will, too. I have to believe that, but the truth is that at the moment I can’t see anything beyond today. Today I will write. Writing has always been therapeutic for me. I can lose myself in the story I’m creating.

I think my writing will be different now. Read More
Be the first to comment

The Book Is Done, Now What?

Tags: books, writing, forced sterilization, Carrie Buck
I just finished writing a novel, and I’ve sent it off to my agent.
How easy it was to write that sentence. It doesn’t convey the agony I went through writing that book. It’s called THE MINDS OF DEVIANT WOMEN, and it’s based on the true story of Carrie Buck who was forcibly sterilized in the 1920s because she was deemed (erroneously) to be feebleminded.

It’s a good book and worth reading, so I hope you will do that when it is published. It took me forever to do all the research, and I kept changing things around as I wrote it, then I would get a new insight and start all over again. I became obsessed with the project and started neglecting things like housework and grocery shopping and eating, not to mention Facebook and Twitter and my blog.

None of that is unusual for me. I do that with every book. Maybe this time was a little worse because the research was a bit more of a challenge than usual, and because I tried a format I’ve never used before.

Now that it’s done, I feel as if I’m emerging from a cave. Not a dark cave but an interesting and bizarre one. It was scary sometimes in that cave because there were labyrinths at every turn, and there were days when I thought I would never re-emerge with my mind intact. It’s always that way for me, and it’s always the case that the farther along I get in the book, the deeper into the cave I go.

I’m out now, though, and it will take me some time to get used to what most people call the real world. I spent all day doing gardening and housework. I called someone on the phone, and responded to some e-mail. All of that seems so strange to me because I did it without thinking constantly of my characters. I am in the real world completely, giving it my full attention. I’ve done that for two days now. It’s kind of refreshing and restful.

But there’s another cave out there. I already know who is inside. I know their names, and I know they want me to tell their story. I just don’t know what their story is yet. By the beginning of next week, I’ll step into the first level of the cave and find the labyrinth. I’ll stick my head out from time to time until I get in so deeply that there will be no way out except to finish another book.

For the next five or six days, though, I’m going to live fully in the real world and pretend I’m normal.
Read More
Be the first to comment

I Dumped the Body. 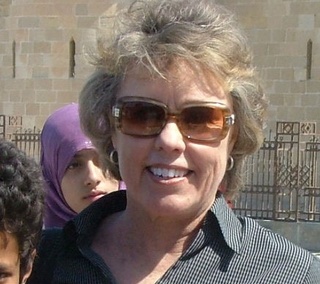 Paula Paul, creater of The Alexandra Gladstone series
I dumped the body at Percy Gibbs’ place, and I trapped the doctor in her own house so she couldn’t get out and investigate the murder.

I wanted Dr.Alexandra Gladstone out there investigating Alvina Elwold’s murder day after day, but alas she was felled  Read More
2 Comments

Wow, Paula! I suffered the same cursed bronchial cough during almost the entire month of December and part of January. It can really do a number on you. Hope you are fully recovered and blessedly able to get Dr. Gladstone back to work!!