It's Never Too Late to Learn 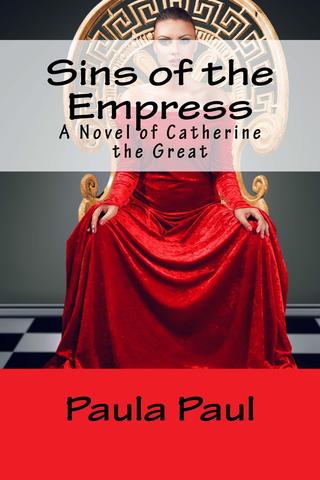 The new cover for Sin of the Empress
I have a magnet attached to my refrigerator that came with an order I received several years ago from The Teaching Company. On the magnet in bold letters is the declaration, “I’m Still Learning.”
Those words have never been truer for me than in the weeks since Christmas. To put it succinctly, I’ve learned to be a publisher and publish my own books. In this case, they are books from my backlist that have gone out of print. I have yet to publish an original edition of a book, but I can say with confidence that I no longer shudder at the thought.
Self-published books used to be seen as the mark of an amateur writer, but that’s no longer the case. Writers who read this post will know why. Readers will not care. So, I’ll just say that the advent of the internet and cheap books on line has changed everything.
I’ve never been one to resist change, so when all five of the books I published recently with Cool Well Press went out of print within a year, I jumped in to learn how to publish them on Amazon’s Create Space and on Kindle.
Now you can buy SINS OF THE EMPRESS along with WIZARD and all three books in the Dr. Alexandra Gladstone Mystery Series with their new covers. I personally like the covers better than the ones Cool Well did (with the exception of WIZARD), and I can’t wait to hear what the rest of you think.
Why did they go out of print so quickly? Cool Well said it was because they weren’t selling well enough, and that it was my fault for not promoting them. All I can say is that I did everything I could think of to sell them, but I have to admit that self-promotion has never been easy for me. Could it be that they didn’t sell well enough because they just aren’t very good? I don’t want to think that’s true, but if I have to face that awful truth, I will.
For now, however, I’m still writing the kind of things I like to write and the kind of things I like to read. The most recent book I’ve finished and that has been submitted to a publisher is a novel called FORGETTING TOMMIE about a woman who accidently stumbles upon a devastating secret about her husband. The one I’m about half way through is called THE MIND OF A DEVIANT WOMAN set during a troubling time in the early twentieth century in the U.S. when forced sterilization (of mostly women) was legal. Then I will finish the next Gladstone book in which Queen Victoria is accused of murder. I have about seven chapters done on that one.
So there you have it. As much as I tout my willingness to accept change, I don’t want to change the fact that I write stories that I would want to read rather than writing whatever is selling at the moment. For example, I couldn’t get past the first chapter of SHADES OF GREY. Obviously I’m in the minority, and I’m not condemning your choice of literature if you loved it. I’m just looking for a few good readers of my own. Read More
Be the first to comment